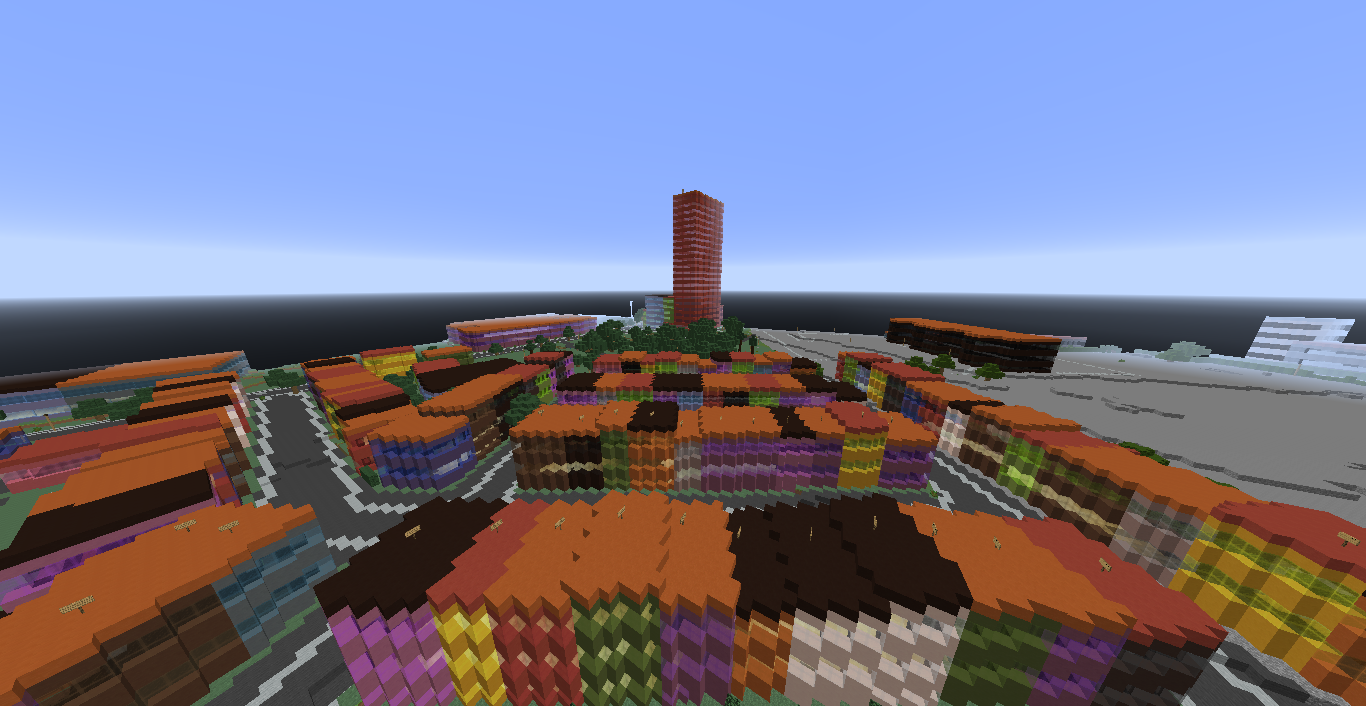 ‘Denmark in Minecraft’ was released in April 2014 by the Danish Geodata Agency. The project was conceived, developed and operated by Simon Lyngby Kokkendorff, Thorbjørn Kjærshøj Nielsen and Nynne Sole Dalå, the founders of GeoBoxers.

Why Denmark in Minecraft was created

The main reason for mapping the whole country in Minecraft was very well put by Belinda Lanks in Bloomberg Business, May, 5, 2014:

“Why would the Danes bother? The short answer: to use the appeal of gaming to draw the public’s attention to geographical data.”, http://www.bloomberg.com/bw/articles/2014-05-05/to-teach-and-delight-denmark-recreates-itself-in-minecraft

The work was funded and carried out by the Danish Geodata Agency as an initiative following the 2013 “basic data programme”, where a significant amount of public Danish data were made available for free. The purpose was to make geographical and topographical data available through Minecraft, and help disseminate the free data to a broader audience and specifically reach children.

Denmark in Minecraft was released with an invitation to teachers and schools to use the data in geography, math, science and history lessons, and within the first few months Minecraft-data were downloaded 300.000 times from the Geodata Agency, and around 37.000 unique users logged in to the agency’s Minecraft-servers.

Want a piece of Earth in Minecraft?

Go to WorldBloxer and create your own map.

Want to know more about how to use Minecraft in the real world?

Read more here and get inspired.