From point cloud to Minecraft

To demonstrate how point clouds from drones and handheld scanners can be shown in Minecraft worlds, GeoBoxers recently worked with the international engineering company COWI on making a Minecraft model of the old Christian IV’s Brewhouse in Copenhagen, Denmark. The building was made available for drone flying and handheld laserscanning by the Agency for Palaces and Cultural Properties. 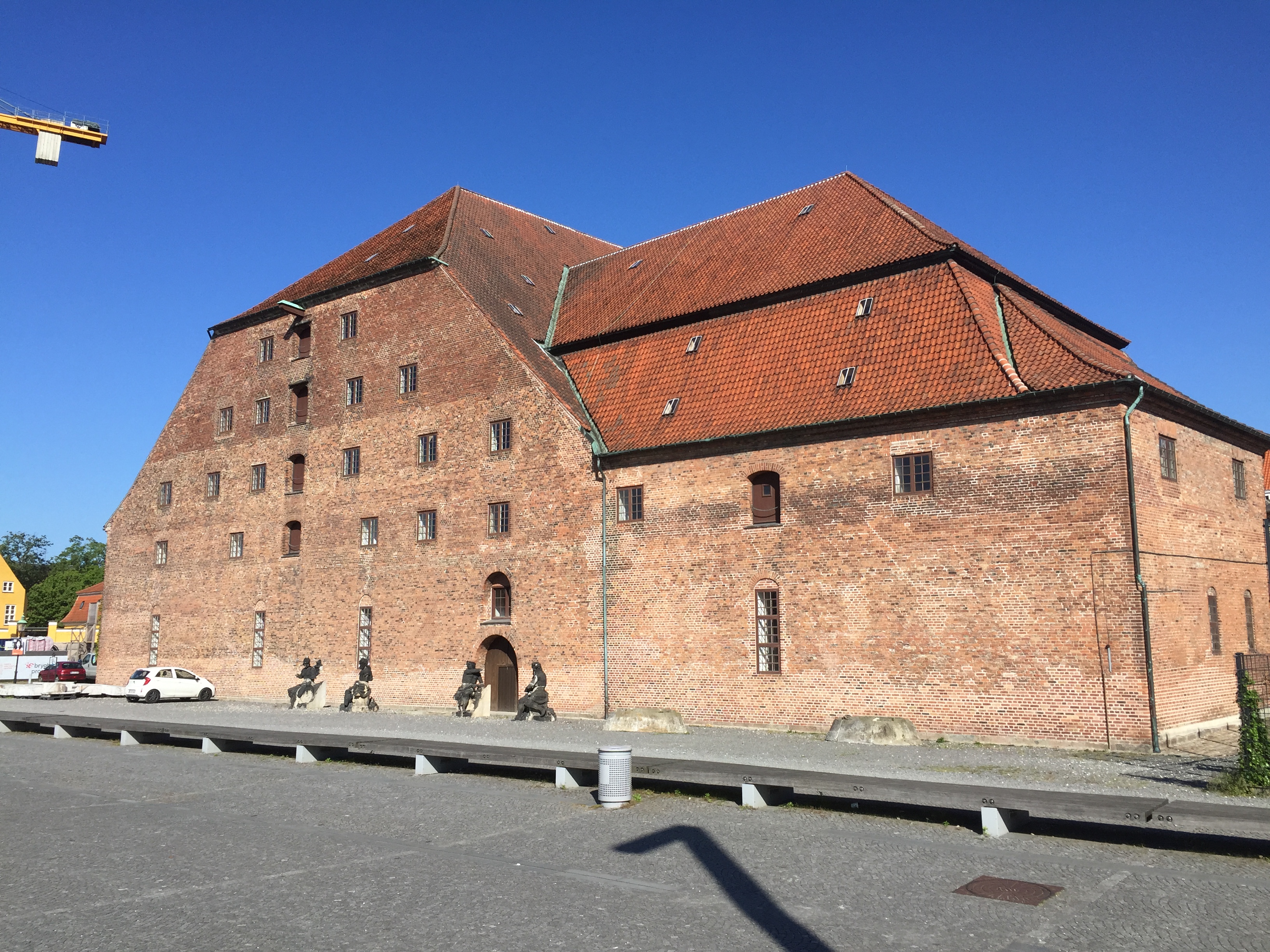 More about the brewhouse’s history can be found here: https://en.wikipedia.org/wiki/Christian_IV’s_Brewhouse

UAVs (Unmanned Aerial Vehicles – or “drones”) with cameras are becoming increasingly interesting for mapping purposes. By using photogrammetry it is possible to create quite detailed and accurate 3D reconstruction scenes from the images. Drones can quickly cover a smaller area of interest (e.g. an event, an archaeological scene, a building site etc.) at a relatively low cost.

Recent advances in photogrammetry has led to the development of the technique “High Density Image Matching” (HDIM) where all of the image material is analyzed and wherever there is a tie point (common points found between images) a 3D point is calculated. The end result is a very dense point cloud which can be processed with common LiDAR tools, for instance LAStools, and be presented directly to the end user through widely available navigation devices and smartphones.

GeoBoxers find drones and HDIM interesting as we see the potential of having a workflow to get a scene mapped and imported into voxels very fast. This will allow almost real-time interaction with the physical environment of even the tiniest events (city fairs, circuses, etc.) and also target specific buildings of particular interest as a supplement to a traditional 3D city model.

COWI’s rotorcopter drones were used for data collection, COWI did the initial data processing, and GeoBoxers received an unclassified point cloud. The point density was not homogeneous which is what can be expected due to obscured angles (a point can only be measured photogrammetrically when visible in at least two images). Still the density is very impressive. 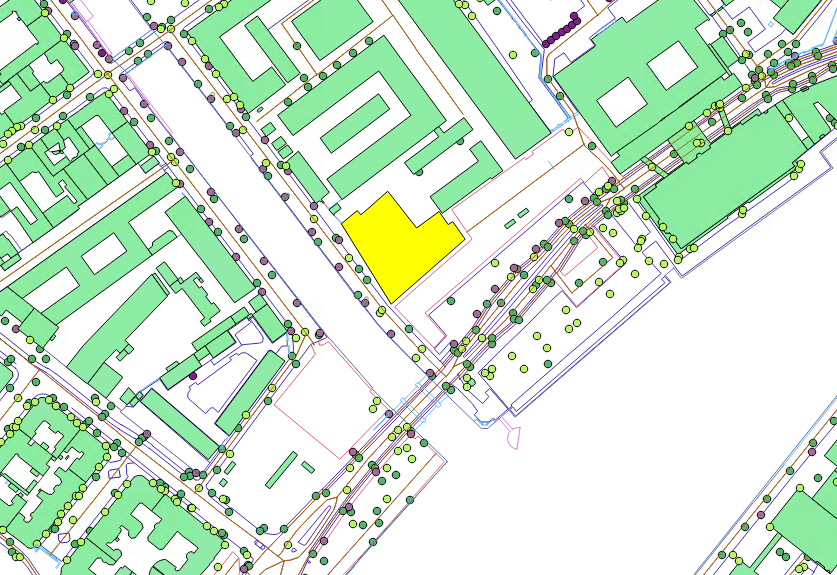 The brewhouse marked with yellow in the map. 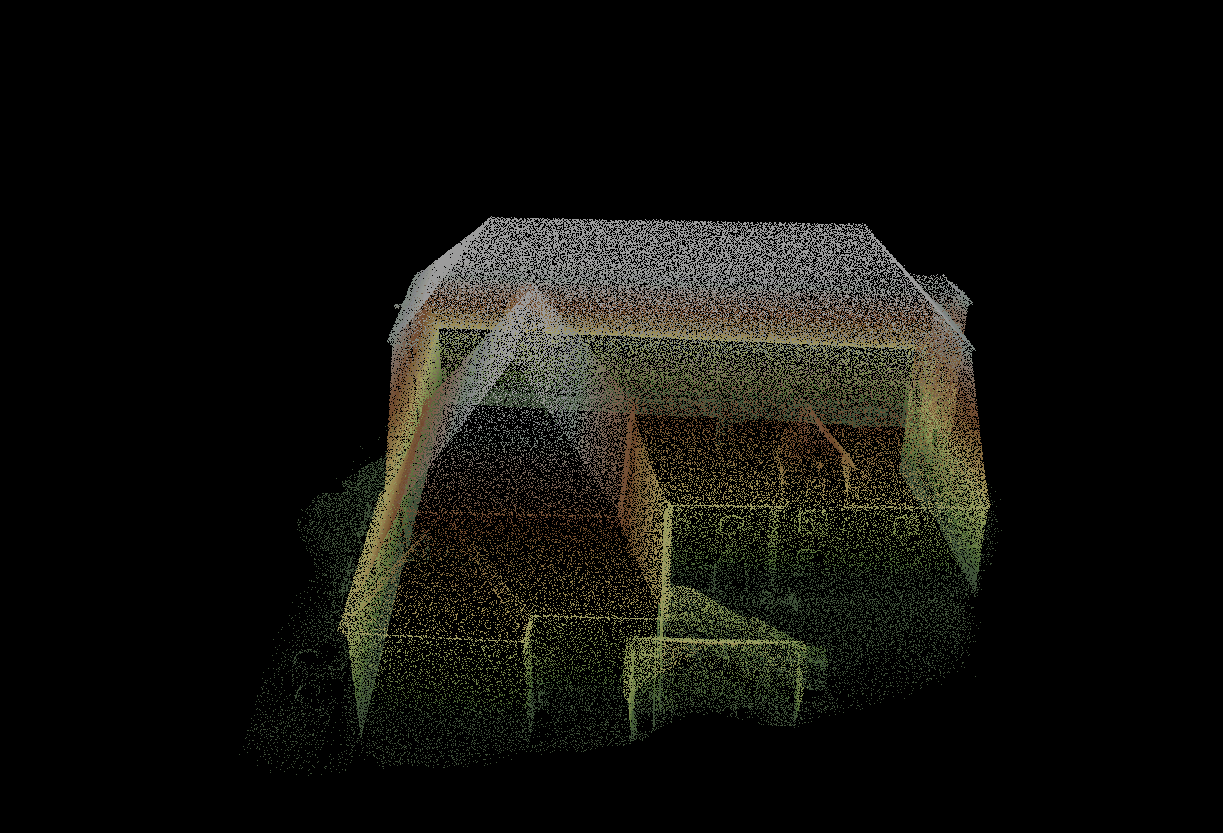 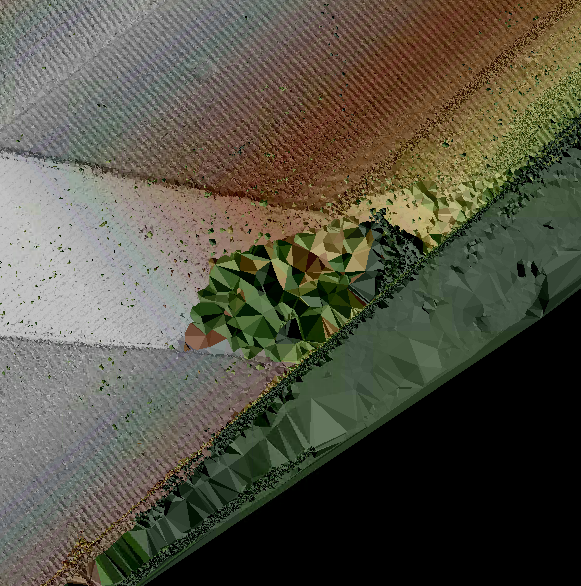 Part of the roof with lesser density.

The HDIM technique produces a huge amount of data and unfortunately also a certain amount of errors. This is expected and is usually dealt with using statistical methods to invalidate points of low confidence. In the case of this particular scan the errors for the largest part appeared as noise inside the building. This was quickly dealt with by COWI and was an easy edit. 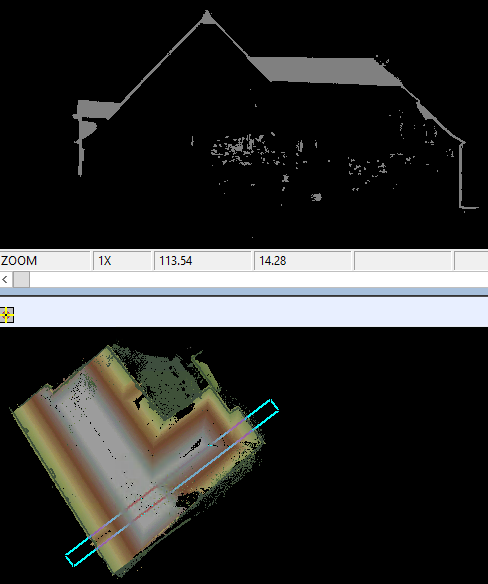 The building was translated into Minecraft voxels and inserted into our Copenhagen dataset. Since the brewhouse was “scanned” with a camera, each voxel also carries a color (r,g,b) value which is transformed into one of 16 colored minecraft blocks. 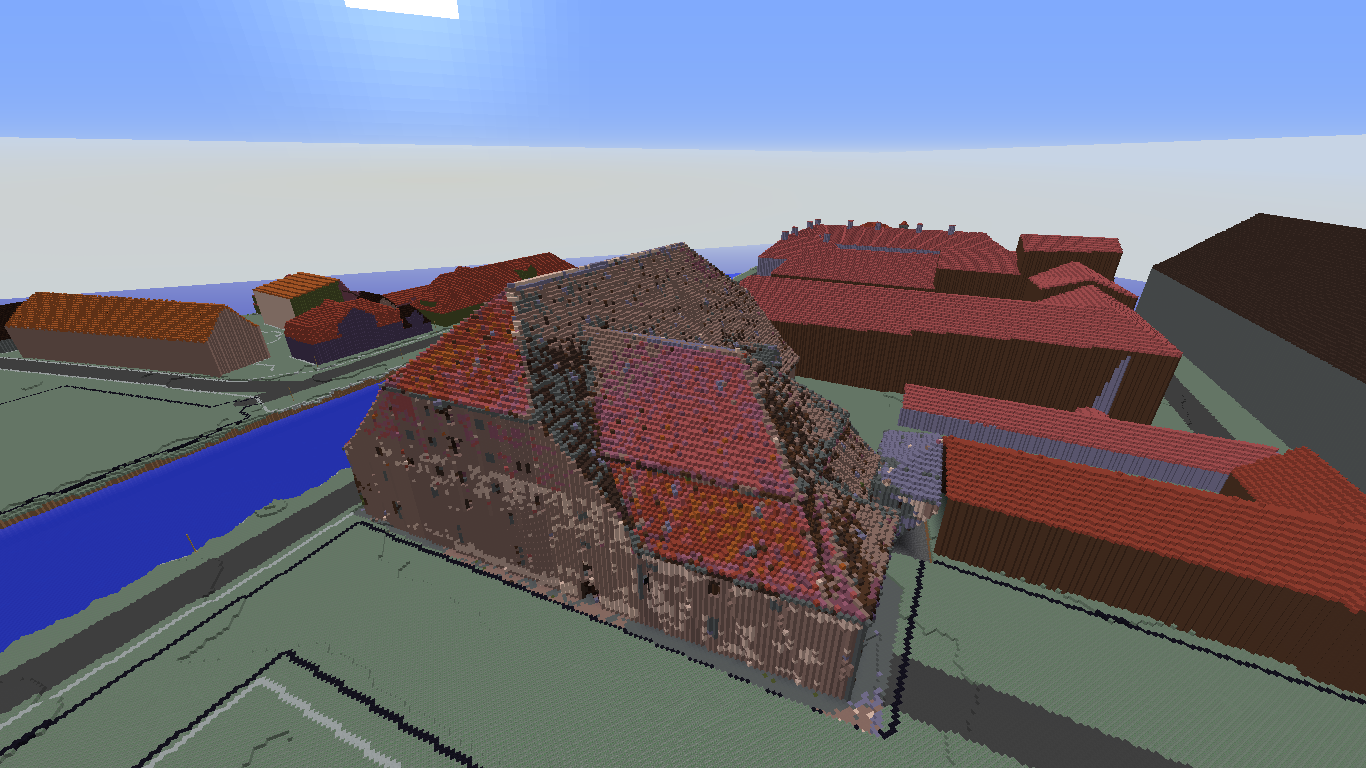 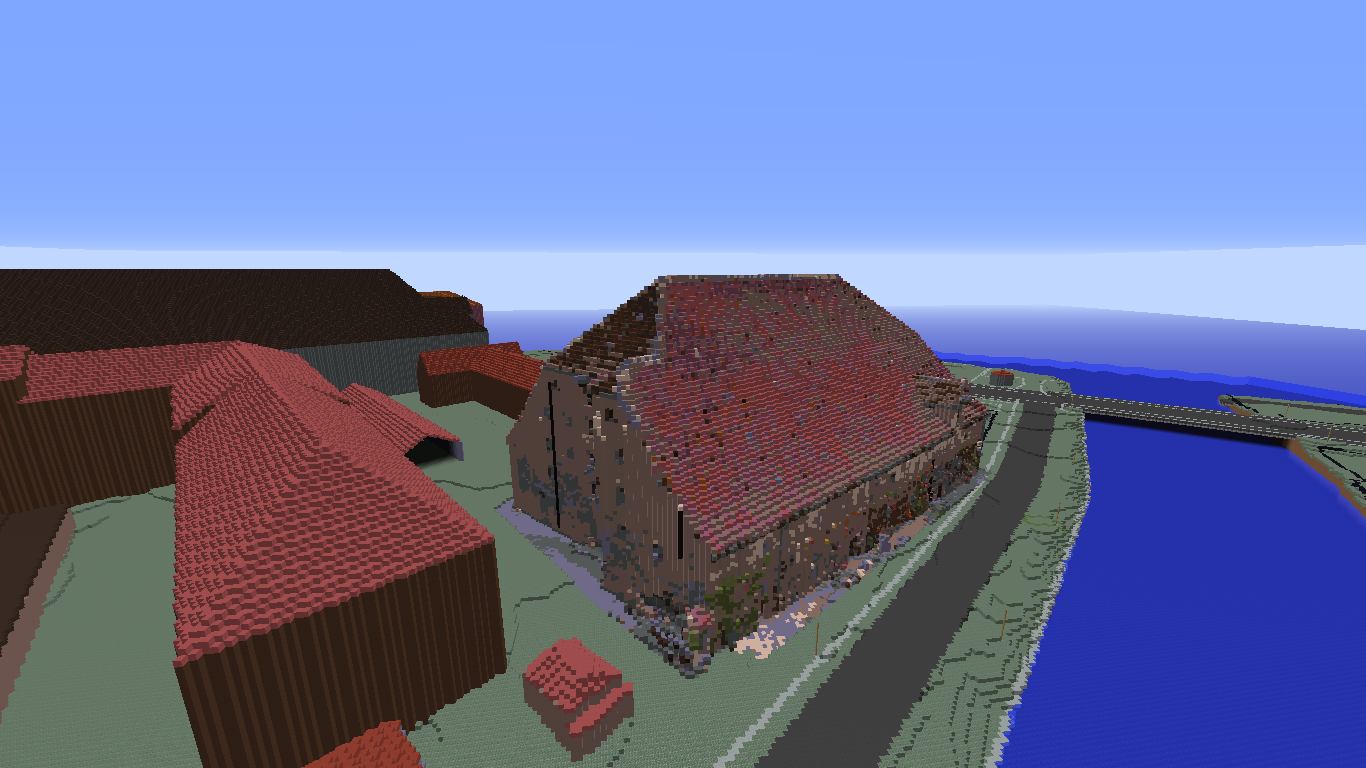 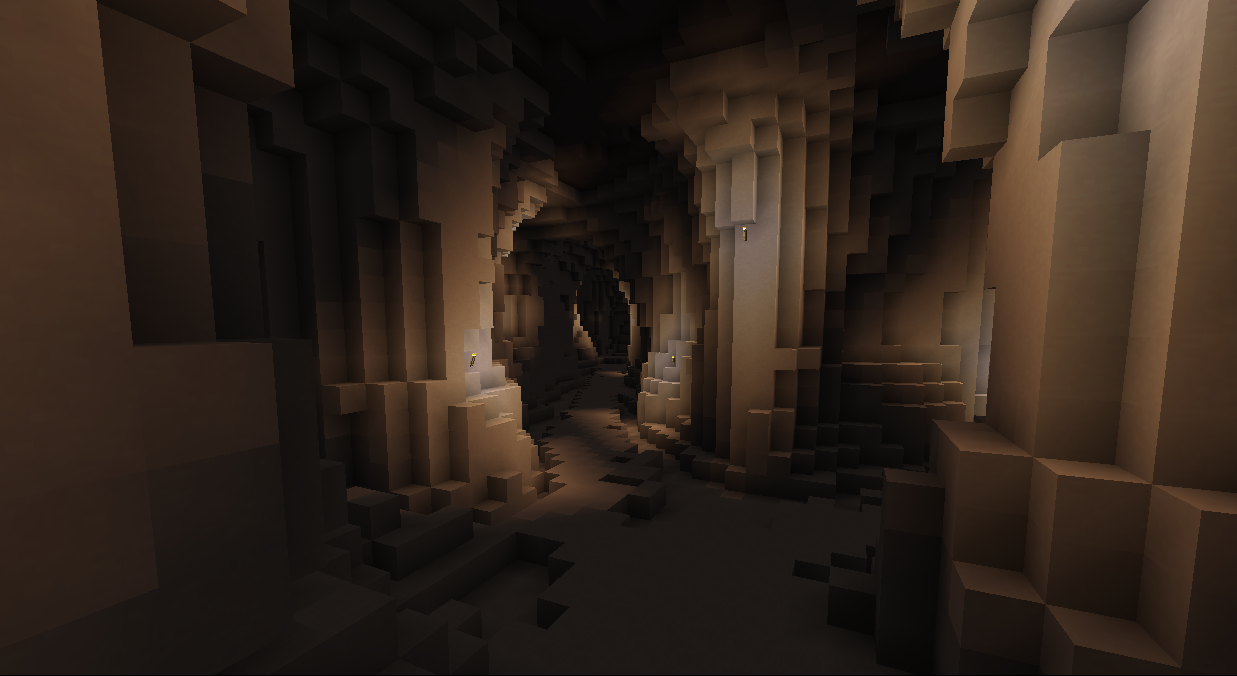 Want to watch Copenhagen from above – in Minecraft? Try it out here
GeoBoxers processed LiDAR scans of two limestone mines. Read more here

This article is based on data from COWI Surveying and Mapping.