To celebrate Andreas Mogensen’s IRISS mission to the international space station, gameworkshop.dk built IRISSCraft – a Minecraft version of the ISS (including the Souyuz module) and the launch area in Baikonur in Russia. Also available in IRISSCraft are two areas of Mars made by GeoBoxers. 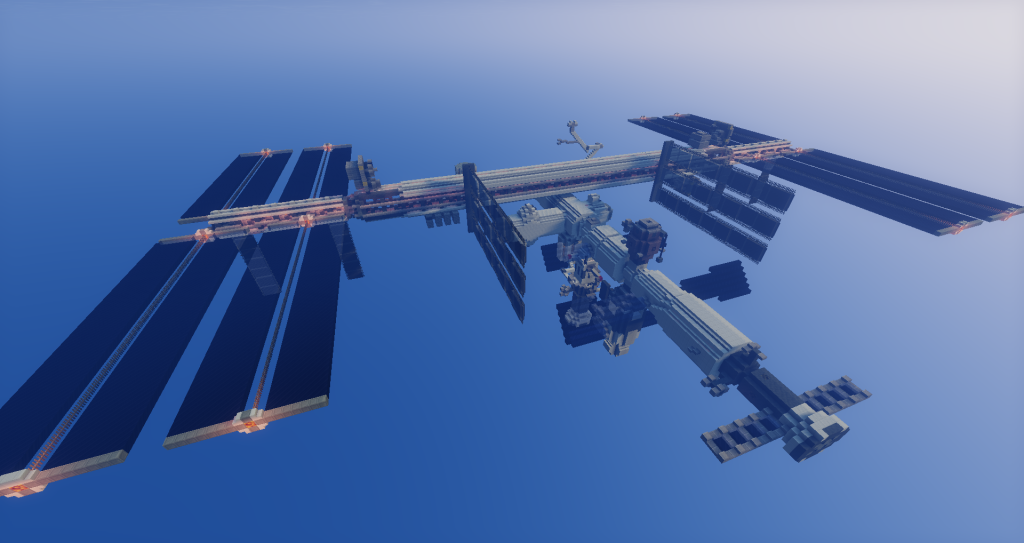 GeoBoxers converted real high resolution terrain data from various areas of Mars into Minecraft in scale 1:1. The two areas accessible from the Columbus Module in IRISSCraft are in the Gale Crater near the original landing site of the Curiosity Rover, and an area near Gigas Sulci showing a huge channel in the surface. 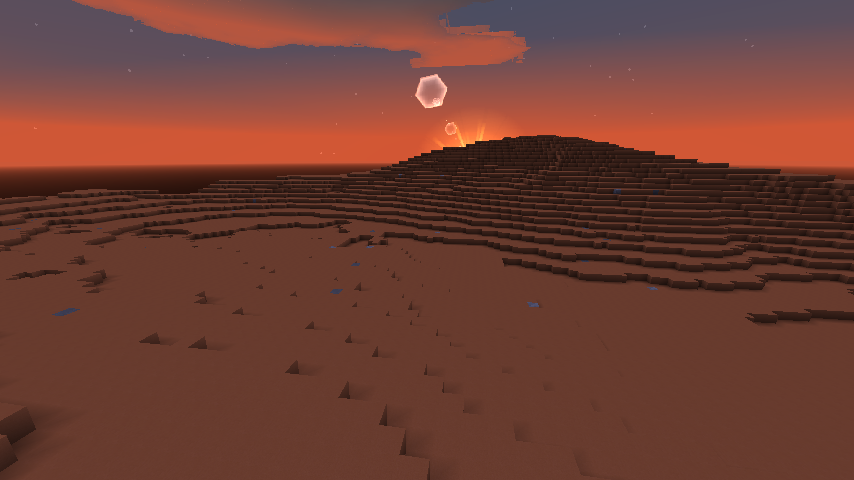 The surface of GeoBoxers’ Mars in Minecraft consists of red sand, gravel and scattered rocks. Below the surface there is dirt, different types of clay and rare deposits of different minerals.

Scientists from NASA have recently discovered possible signs of liquid water on Mars’ surface [2]. In some of GeoBoxers’ Minecraft models you will find water flowing in springs below the surface. 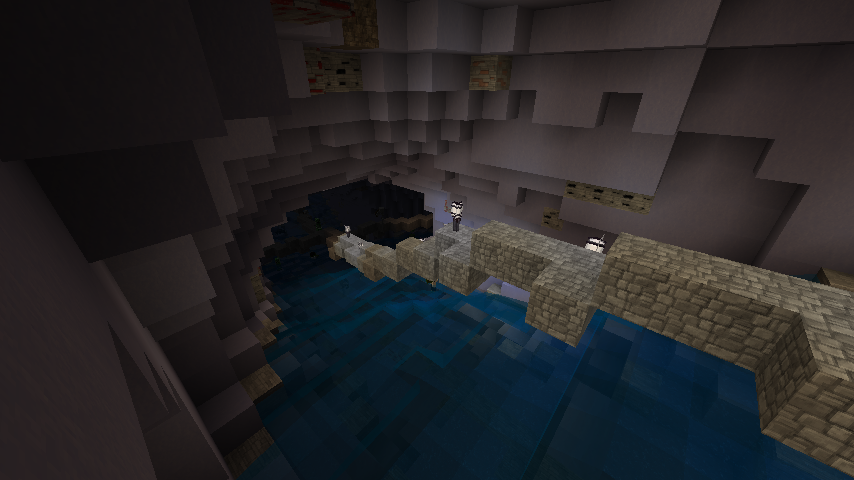 Because of the low temperatures, it doesn’t rain on Mars, and clouds above Mars are thinner and higher in the sky than those seen in Minecraft. If you want to remove clouds, you can turn them off in your local settings.

Mars is orbited by two small moons Phobos and Deimos – in Minecraft you will only see one moon at a time.

The HiRISE (High Resolution Imaging Science Experiment) is part of the MRO (Mars Research Orbiter) project. A satellite orbiting Mars collects huge amounts of wonderful data. NASA/JPL and University of Arizona have processed the HiRISE images and made very detailed measurements of the terrain into a digital terrain models (1 meter resolution… wow!). They have even been so kind as to let the public access the material here: http://www.uahirise.org.

GeoBoxers have taken some of the digital terrain models and converted them to Minecraft worlds.

Ten pieces of Mars are available in Minecraft. To build and play on Mars, we encourage you to download the worlds and build offline.

The surface of Mars is a hostile place for humans to stay. Variations in temperature are large, and generally it is (very) cold. The atmosphere is thin and mainly consists of carbon dioxide, and air pressure is much lower than on Earth. So, remember to wear a spacesuit. Download spacesuit. 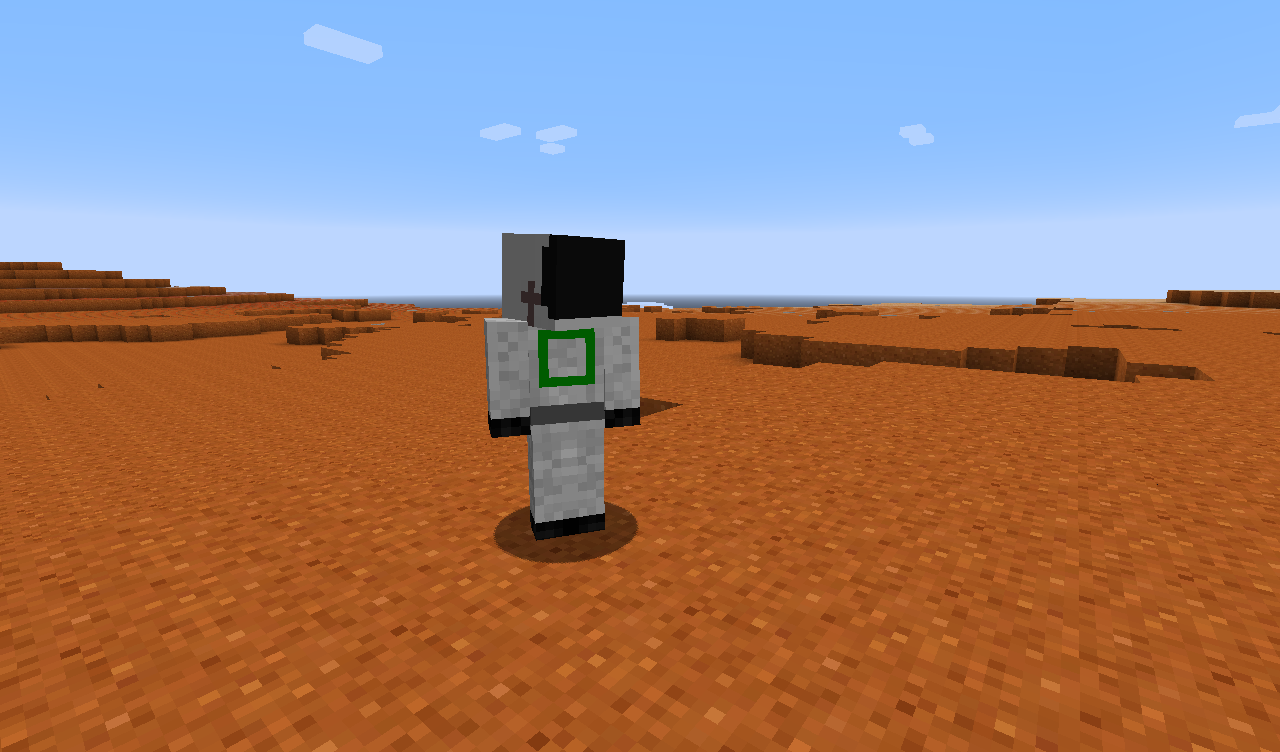 All digital terrain models are provided by NASA/JPL/University of Arizona. Conversion to Minecraft format is performed by GeoBoxers.