When Minecraft is used for education and urban planning, it is sometimes a challenge to find the best way to extract and present user-creations. With the use of change detection we suggest a solution, that allows teachers, officials, decision makers and others, that may or may not be experts in Minecraft, to view user-builds in a Minecraft “change world” and in a 3D overview.

Let’s say you want to use Minecraft to involve citizens in urban planning – e.g. to get input to or feedback on a new district plan, the layout of a new park or playground. That’s an obvious use case of Minecraft and you could be a municipality, a governmental agency, a construction company or perhaps a school teacher.
Minecraft is widely available and can serve as an intuitive, easy to learn, interactive 3D geographic information system, which enables you to walk around in the data. That should be established by now. A very important point is that the simplicity of Minecraft, where everything is made of cubes, is a pro rather than a con. Fancy graphics is not what makes it attractive. It’s the ability of the player to interact with and transform everything, with (almost) endless possible combinations.

Given the case of citizen involvement it would of course be nice to be able to see what has been built or torn down in a Minecraft world in an intuitive way. And if you’re not a Minecraft-user yourself, you would probably like to be able to also see the changes from outside the game. That is where change detection comes in. While it is not unusual to present changes in 2D images, the challenge is how to properly display changes in a 3D world.

The idea is simply to make a “delta Minecraft world” – given two versions of the “same” world, with a choice of how to display unchanged blocks, removed blocks and added blocks. It is then possible to view the changes from “inside” by walking around in the “change world”, or get a 3D overview using the fantastic Minecraft Overviewer: http://overviewer.org

A group of children were given the task to build parts of their new school in a Minecraft version of Copenhagen (https://geoboxers.com/copenhagen-in-minecraft/). They started building a yellow wall to outline the area and then built the gymnasium (blue) and the main building (dark). 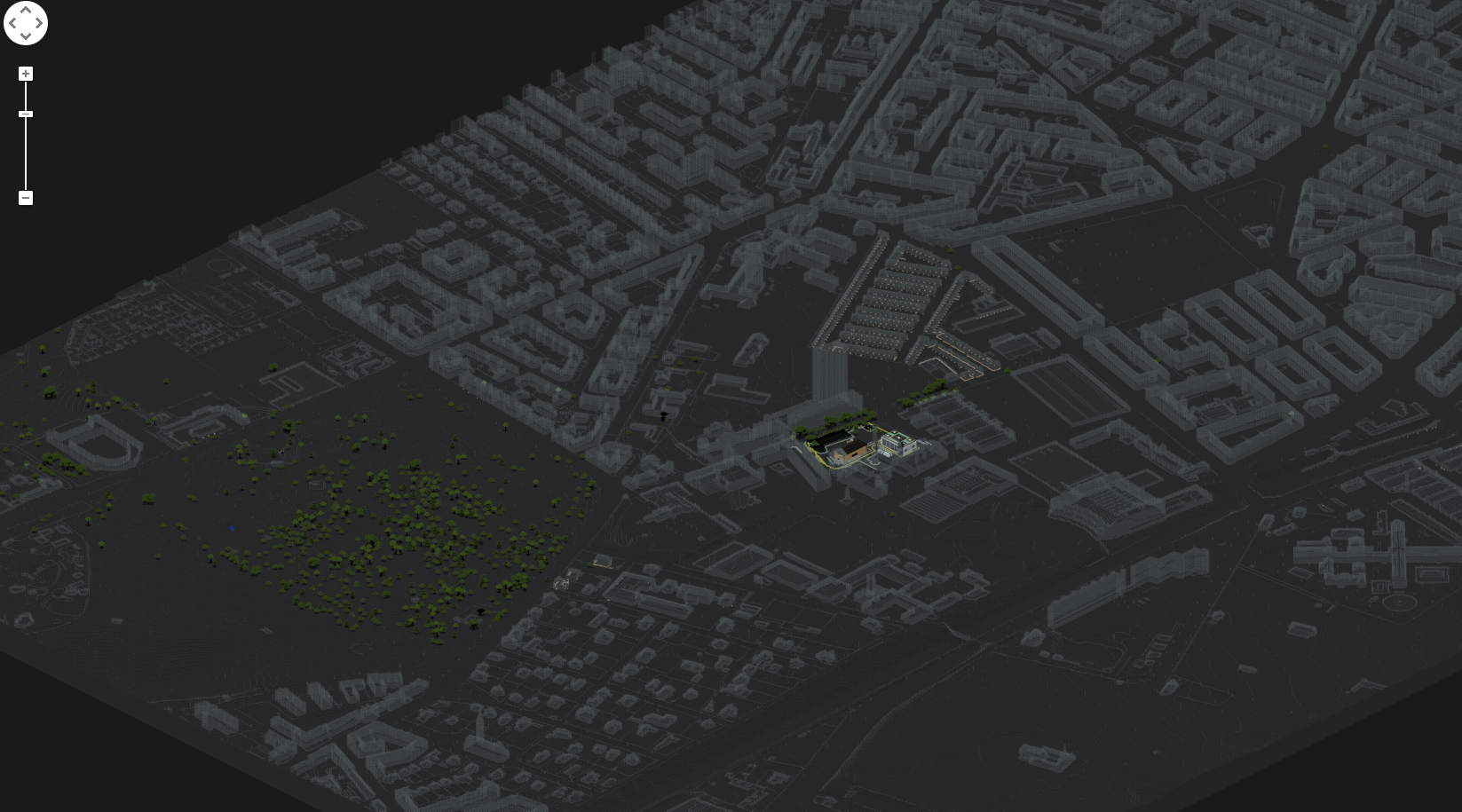 A snapshot of changes made in the Minecraft representation of Copenhagen. Unchanged blocks are shown as glass (transparent) – while added blocks are shown with normal textures. Trees were growing while the school was built, that’s why they’re green in the picture. 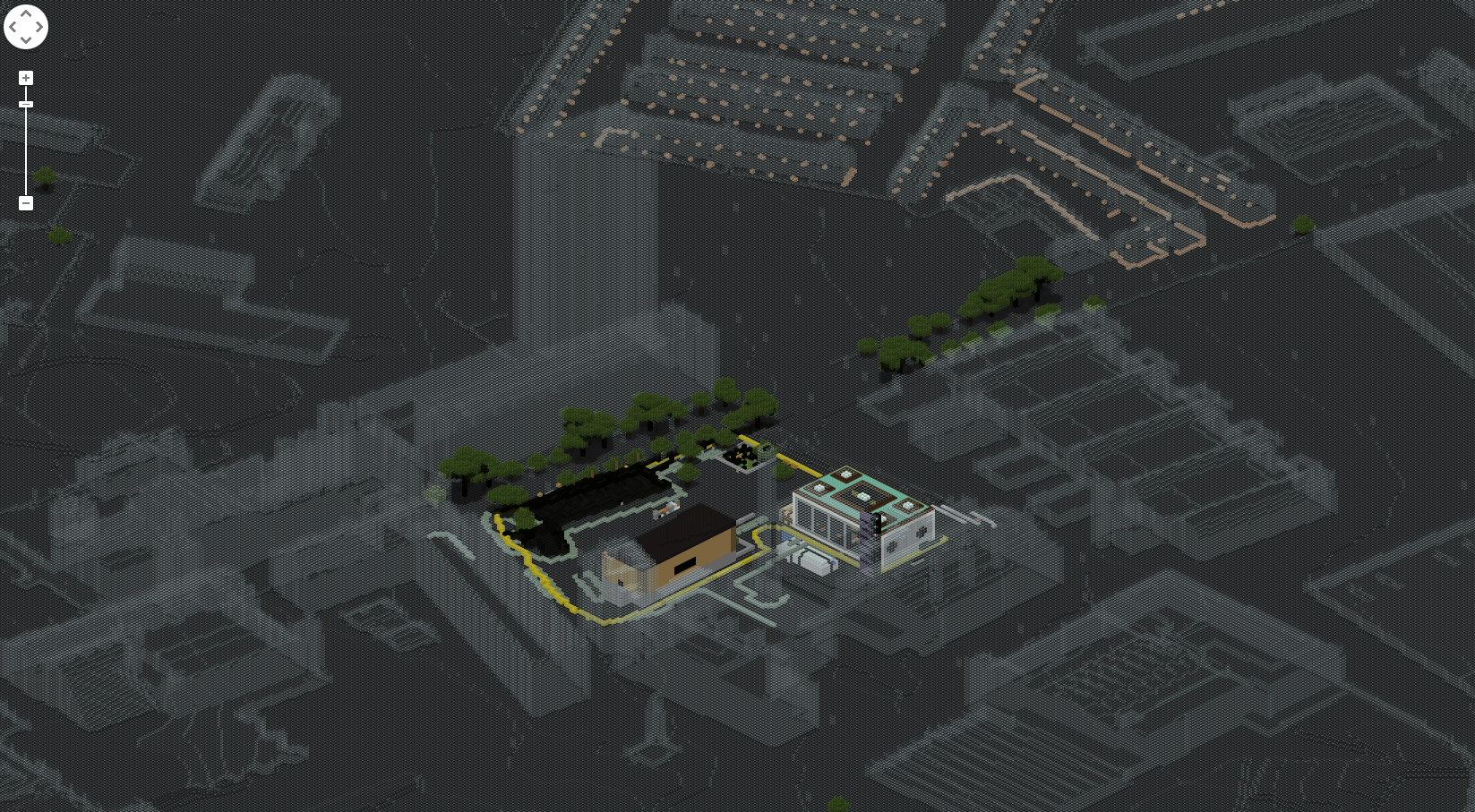 A close up on the area. 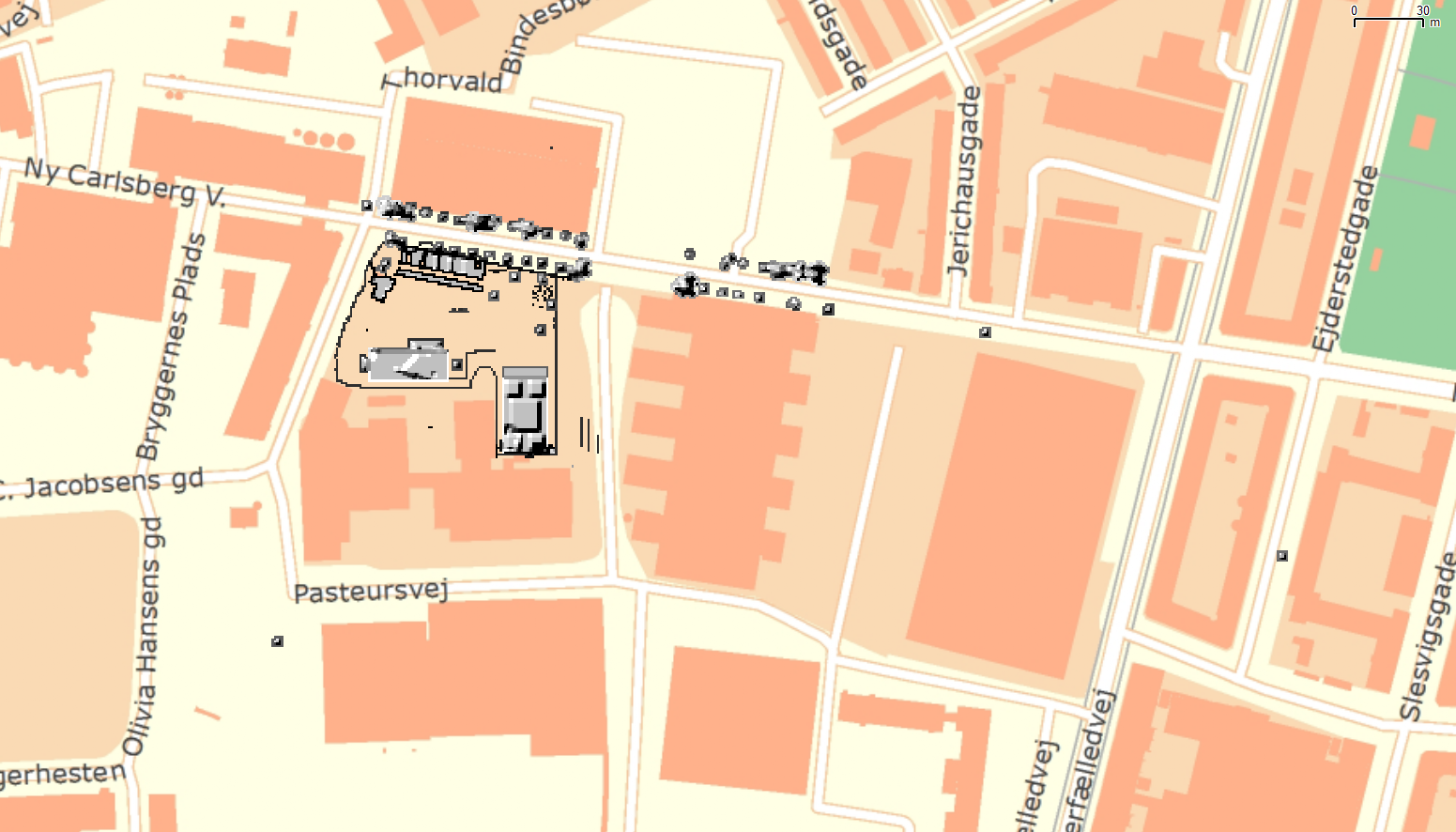 A more traditional 2D-view of the changes made by calculating the difference of two digital height models, which have been extracted from Minecraft format and imported into a geographic information system.

The approach to viewing changes presented here should be useful to highlight user input / proposals while also presenting the “background” in a not too interruptive way.

The choice of textures for unchanged and removed blocks can of course be varied to fit the desired look – for example with a nice, shiny quartz block for stuff that´s not changed, the added blocks would still stand out.